Skin sensitivity is one of the earliest developed and most fundamental functions of the body. Touch is the first sense to develop in utero and it is the last sense to leave us before we die. Research indicates that our sense of touch develops during six to nine weeks gestation. Our skin is the largest organ and our most important and primary connection to the world. Stimulation of the skin is, in fact, essential for adequate organic and psychological development, both for animals and for human beings. When asked what he thought of infant massage, anthropologist Ashley Montague, author of the iconic book Touching, commented,“People don’t realize that communication for a baby, the first communications it receives and the first language of its development, is through the skin. If only most people had realized this they would have all along given babies the kind of skin stimulation they require.”

A couple of years after I returned from India in 1973, I began researching infant massage. Realizing there were no such studies, I got a copy of the late Dr. Ashley Montague’s book, Touching, and used his bibliography as a guide toward what I wanted to know. Montague’s book was life-changing. He included studies made on various mammals and extrapolated them to humans. The main subject was not massage per se, but the effects of massage, holding and petting on the subjects, which were usually mice. Many studies also covered observations of cats and dogs, monkeys and gorillas and how they held, nursed, touched, and massaged their infants. When the parent animal was separated from her infant and no bonding-type activity took place, the subjects became irritable and violent. Montague spoke of how the elements of bonding are applicable to humans and have a powerful effect on our babies — physical, mental, and spiritual. I saw how these studies and their outcomes could and should be applied to human babies. I was fortunate, several  years later, to meet and talk with Dr. Montague.

The first group of studies using mice hooked me. One group of mice were housed in a box-like enclosure, the other group exactly the same. The difference was that one group of mice were massaged and petted by the researchers every day. They even spoke to and sang to the mice. The other group was left to its own devices. After a certain period of time, the mice that were handled were larger, fat and fluffy — you could even say they were friendly. They seemed to be happy, and they often slept with each other. The other group grew skinny and they fought each other; generally, they were mean and rejected any handling from the researchers. Montague compared this to humans — that babies who are massaged, carried and held and generally treated with love and affection, grow to be people with the qualities of kindness, joy, and inclusion.

Scientists have discovered behaviors and responses in mammals that parallel those of our own young. Behaviorally, animals tend to fall into the “cache” or “carry” type. (cache: store, stash) The caching species leave their young for long periods while the mother hunts and gathers food. The infants must remain silent for long periods of time so as not to attract predators; therefore, they do not cry. For the same reason, they do not urinate unless stimulated by the mother. In addition, the young have internal mechanisms that control their body temperature. The mother’s milk is extremely high in protein and fat, and the babies suckle at a very fast rate, and not often.

Harry Harlow’s famous monkey experiments were the first to show that for infants, contact comfort is even more important than food. Infant monkeys, given the choice of a wire mother figure with food or a soft, terrycloth figure without food, chose the terrycloth mother figure every time. Human infants with failure-to-thrive syndrome exhibit the same type of behavior; though given all the food they need, they continue to deteriorate without intervention that involves emotional nurturing and contact comfort.

Physically, massage acts in much the same way in humans as licking does in animals. Mammals lick their young and maintain close skin contact. Animal babies  that are not licked, caressed, and permitted to cling in infancy grow up scrawny and more vulnerable to stress. They tend to fight with one another and to abuse and neglect their own young. Licking serves to stimulate the physiological systems and to bond the young with the mother. A mother cat spends over fifty percent of her time licking her babies — and you will never see a colicky kitten! Without the kind of stimulation that helps their gastrointestinal system begin to function properly, newborn kittens die.

In one study, rats with their thyroid and parathyroid (endocrine glands that regulate the immune system) removed, responded remarkably to massage. In the experimental group the rats were gently massaged and spoken to several times a day. They were relaxed and yielding and not easily frightened, and their nervous systems remained stable. The control group rats, which did not receive this type of care, were nervous, fearful, irritable, and enraged; they died within forty-eight hours. Another study with rats showed a higher immunity to disease, faster weight gain, and better neurological development among those that had been gently stroked in infancy.

Moving Up the Animal Scale

Dogs, horses, cows, dolphins, whales, and many other animals have also shown remarkable differences when lovingly handled in infancy. Gentle touching and stroking improve the function of virtually all the sustaining systems (respiratory, circulatory, digestive, eliminative, nervous, and endocrine) and changed behavior patterns drastically, reducing fear and excitement thresholds and increasing gentleness, friendliness, and fearlessness. In Touching, Ashley Montague writes: “The more we learn about the effects of cutaneous [skin] stimulation, the more pervasively significant for healthy development do we find it to be.”

Massage and Self-Massage Important in Pregnancy

In nearly every bird and mammal studied, close physical contact has been found to be essential both to the infant’s healthy survival and to the parent’s ability to nurture. In the previously mentioned studies with rats, if pregnant females were restrained from licking themselves (a form of self-massage), their mothering activities were substantially diminished. Additionally, when pregnant female animals were gently stroked every day, their offspring showed higher weight gain and reduced excitability, and the mothers showed greater interest in their offspring, with a more abundant and richer milk supply. Evidence supports the same conclusions for humans.

According to the latest research, women who experience stress, worry or panic attacks before and/or during pregnancy are more than twice as likely to report that their babies cried excessively. Experts suggest an infant’s excessive crying, if not from digestive or other physiological problems, may be due to the mother’s production of stress hormones during pregnancy, which cross the placenta and affect the development of a baby’s brain. A parenting specialist, Dr. Clare Bailey, said:

“Mothers can easily get into a traumatic negative cycle when worrying about a newborn. The more they worry, the less they sleep and calm themselves, and the more they worry. Anxiety can make them hyper vigilant, distressed by crying, and they can feel rejected by their babies. It intuitively sounds likely that a calm mother who feels relaxed, comfortable and confident will be more likely to help a baby to self-settle. Babies can pick up emotional cues very early on.”

The research, published in the journal Archives of Disease in Childhood, looked at nearly 300 women who were in the early stages of pregnancy. They were asked about their history of anxiety and depression, and were interviewed during their pregnancy and until their children were 16 months old. Women with anxiety disorders reported excessive crying following the birth. Further analysis found that babies born to women with an anxiety disorder were significantly more likely to cry for longer periods.

Massage During Pregnancy, and Infant Massage, Benefit Both Mom and Baby

It is possible for stress hormones to cross the placenta and contribute to an infant’s crying spells. Infant Massage addresses this by:

2. addressing the baby’s (and a mother’s) need for close, loving contact, and

Moms Have Easier Labors, are More Responsive to Their Infants

Mothers who have meaningful skin contact during pregnancy and labor tend to have easier labors and are more responsive to their infants. In addition, research has shown that mothers whose pregnancies are filled with chronic stress often have babies who cry more and for longer periods than those whose pregnancies were peaceful and supported.

Research Proves Touch is as Important to Infants and Children

as Eating and Sleeping

Dr. Tiffany Field has said, “Our research suggests that touch is as important to infants and children as eating and sleeping.” She notes that loving touch triggers physiological changes that help infants grow and develop, stimulating nerves in the brain that facilitate food absorption and lowing stress hormone levels, resulting in improved immune system functioning. A report by the Families and Work Institutes states that during the first three years of life, the vast majority of connections between brain cells are formed They conclude that: 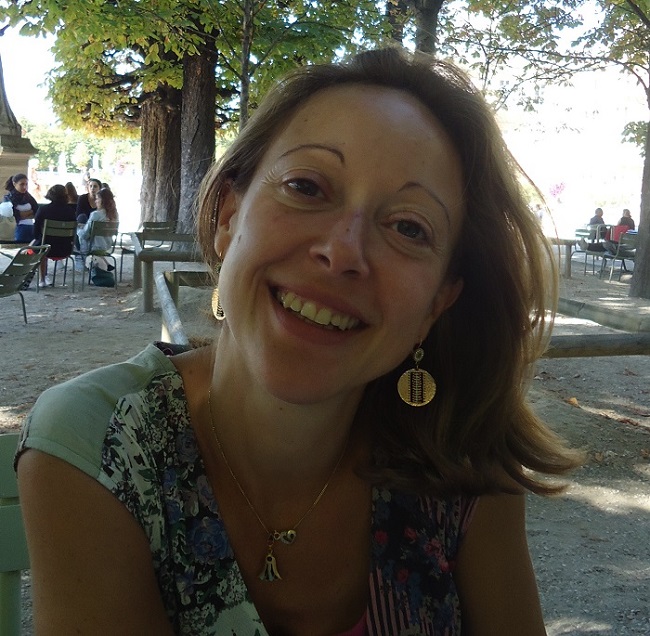 Welcome to this Blog !
I am delighted to regularly share with you some articles related to different well-being approaches I am dealing with, as well as, the on-off events organized with different partners with who we share the same vision of well-being.